Jin Mian Shan Trial is quite challenging and difficult for hikers. By following the trail from the bottom to the top of the mountain, hikers will be astonished by the magnificent mountains. At the entrance of the trail, the steep and large rock wall stands firmly above the stream, which presents the great momentum different from other mountains. Along the trail, hikers can follow the quaint sandstone steps and large rock blocks to walk or climb up with gradually elevated slope. The climbing process undoubtedly train hikers’ physical strength, strong will, and courage. Jin Mian Shan is also called “Scissors Stone Mountain” because the mountain looks like a bird’s beak viewed from Neihu Bishanyan Temple. The piling and overlapping of the huge rocks create the magnificent momentum, which is a hardly seen scene.

It is important to visit the “Scissor Stone” when coming to the Jin Mian Shan. In addition to appreciating unique scenes, the overlook vision is world-class. At the half of the mountain, the quarry and stone observatory built in Qing Dynasty are places good for overlooking Taipei Basin as well as the shore of Keelung River.

At the top of the mountain, you can enjoy a 360-degree panoramic view of Bihu Park, mountains nearby Bishanyan Temple, Wujhih Mountain as well as Keelung River, Songshan Airport, Miramar Ferris Wheel, Taipei 101, and other scenery of Taipei Basin, which makes this place a good overlooking spot. 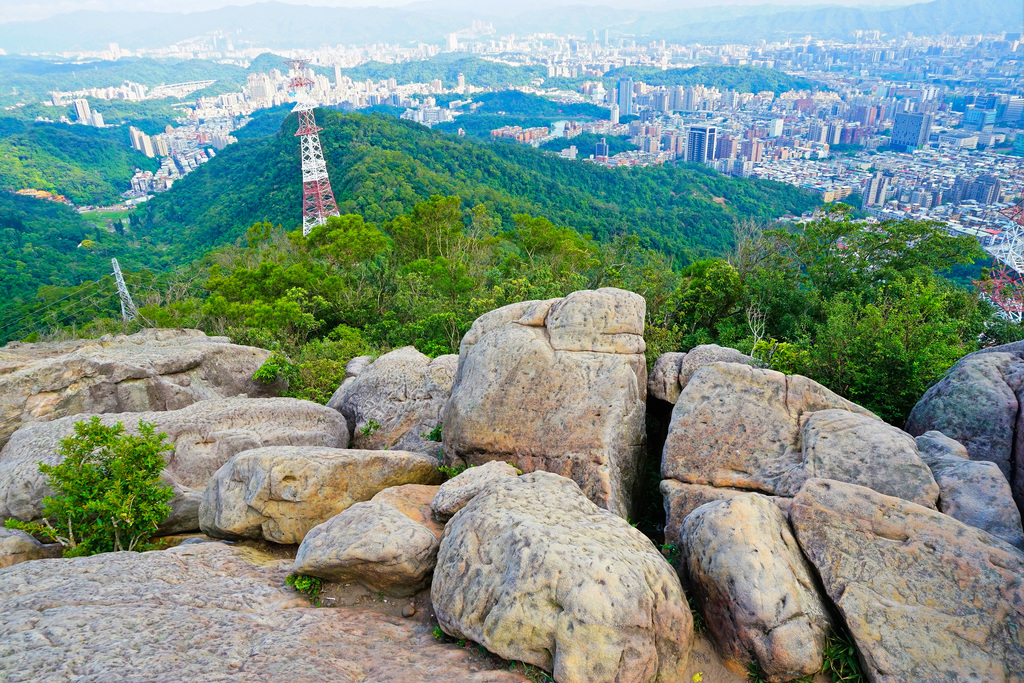